On July 1, 2014, Professor Kachani was appointed Vice Provost. In this role, he oversees the development of Columbia University’s teaching, learning, and innovation strategies. Prior to that, he served as Special Assistant to the Provost.

At Class Day Ceremonies, Professor Kachani was honored with the Columbia Engineering School Alumni Association 2005 Distinguished Faculty Teaching Award for excellence in teaching and devotion to mentoring students, the 2007 Edward and Carole Kim Award for Faculty Involvement for going above and beyond the call of duty to foster student success, and the 2010 Janette and Armen Avanessians Diversity Award for outstanding performance in enhancing diversity in departmental, school and university programs at Columbia. He was also the recipient of the 2012 Egleston Distinguished Service Award for exceptional achievement, leadership and contributions to the excellence of Columbia University.

Prior to joining Columbia, Professor Kachani worked as a senior consultant in the Boston office of McKinsey & Company. He has continued to consult to McKinsey, to large corporations and to startups in the areas of pricing, supply chain management, operations, asset management, and corporate finance. 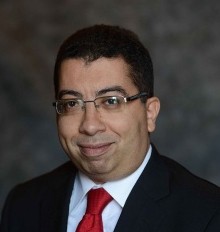 Vice Provost for Teaching, Learning, and Innovation and Senior Vice Dean of the School of Engineering and Applied Science