David was previously the Assistant Vice President and Director of the Office of Global Services at New York University in New York City for seven years, where he was also an Associate Professor of International Education in the NYU Steinhardt School (adjunct). David has both undergraduate and graduate degrees in English Literature from the University of North Carolina at Chapel Hill, where he also completed his Ph.D. in Higher Education, focusing on International Education (his doctoral dissertation, The Birds in the Rich Forest, concerned Chinese students in the United States during the Student Democracy Movement). In 1992, he was a Fulbright grantee in Korea and Japan. David has twenty-five years of executive leadership experience in the field of International Education, and is a frequent speaker and writer on International Education issues. David is also a poet, and his first book of poetry, Little Creek, was published in January 2011 by Nirala Press. His second volume, Garuda (also published by Nirala), was released in March 2012. In 2014, Nirala reissued Little Creek in a revised paperback volume. His fourth book, The Tin Man, is expected from Nirala Press in January 2016. David’s poetry has also appeared in Infusion Magazine and The Red Wheel Barrow. 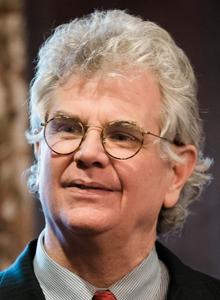